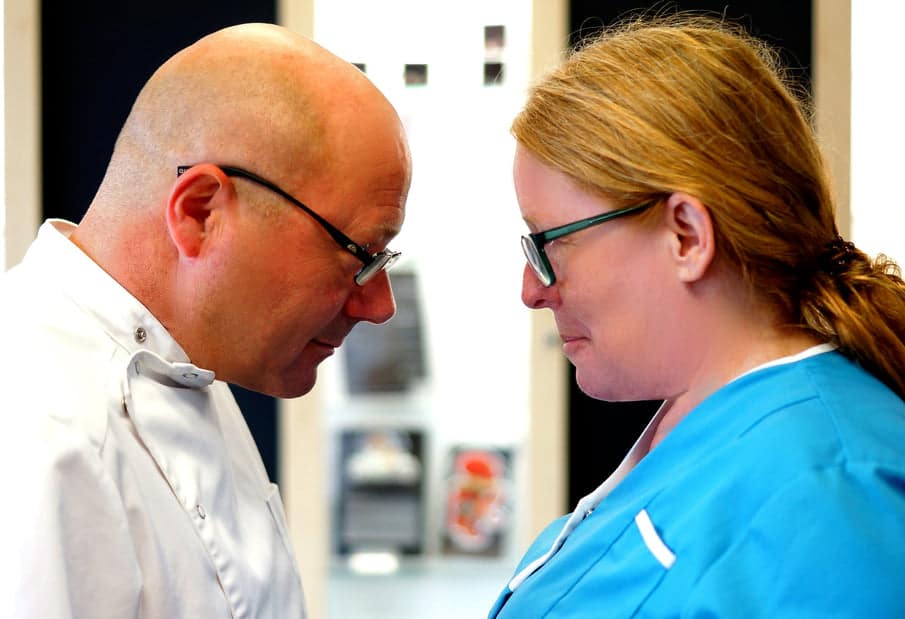 Hi, my name is Richard Soper I am an Auricular Acupuncturist and the UK’s leading researcher into Daith Piercing for Migraine.

I operate 2 dedicated specialist clinics in Harley Street London, Burgess Hill Sussex. I have a wealth of knowledge and 20 years of experience.

Along the way I am discovering so many new things about vagus nerve stimulation via the daith piercing. More and more people are benefitting from this treatment and in so many different ways.

Migraines are crafty and they are devious.  Sometimes you have to out wit and out smart them… catch them unawares, or stop them dead in their tracks.

This week a lady called Jane came in to see me. She had been feeling ill for over 20 years! I cannot even imagine it 20 years of illness, migraine, neck and shoulder tension, nausea and sickness! My heart immediately went out to her.

Accompanied by her husband, and a pile of scepticism the lady proceeded to tell me her history of migraine and illness.  “Will I need both daiths doing?” she asked. My reply was “possibly but often one is enough”.  On occasions doing both is needed but I thought her symptoms could probably be helped with just the one.

Careful probing of the ears revealed a very strong Vagus Nerve Innervation in both ears. The right ear was selected.  A very quick simple procedure followed and the deed was done…. the Daith Piercing for Migraine! Eagerly the husband and myself waited for the reaction…..

There was an unusual reaction! Jane was starting to feel extremely unwell! the migraine was on the move!! She reported that it has always been in the same place, sometimes it was worse than others but like a weight in her head and in her soul. Now it was on the move and this was a new feeling of unwell.

The lady at this point revealed what had triggered her malaise 21 years ago.

Now, I have watched migraines move before but this was on a different level, but with knowledge and experience behind me, there was nothing else to do but pierce her other daith and catch that migraine out!

Second piercing done and the next 30 minutes were very special. What followed appeared to be all the physical, mental, and emotional pain she had suffered for the last 21 years, leaving her body, mind and soul. Jane broke down and wept and wept and wept. The feeling of relief for her was all too much. The release was huge, her husband was weeping, I was weeping, it was a very emotional experience. The lady was “letting go” in a big way.  Her head cleared, the tingling in her arms subsided, the nausea disappeared, her face “lightened”, the migraine, tensions and heavy ill feeling that had been sitting for 20 plus years was gone!

It was an amazing experience for Jane and her husband and I felt honoured to have been part of this lady’s step into her pain free, migraine free and anguish free life, and glad to have helped her with her big release.

Jane now feels that she can move on with her life and has been set free form the prison of migraine and heaviness brought on by a trauma that happened a long time in the past.

We at Daith.co.uk wish her well and hope she fills her new migraine-free life with beautiful and good things.

Jane is now part of our research and we will be following her progress.

This is another example of just how powerful the VNS via daith piercing can be when correctly placed.